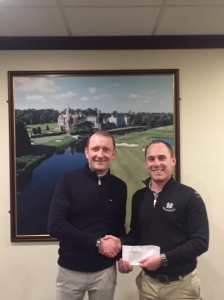 Weather was the main talking point for January as persistent rain hampered the start of the golfing year.  The Munster PGA were already playing catch-up from November and December, and they had three events planned for January but only one took place.

That was in Adare and it marked the final competition on the Robert Trent Jones Jnr designed course as it closed for major renovations.  The winner on the day was Cian McNamara who shot an impressive 68 to take the win.  McNamara credited his work with coach Eddie Doyle and Peter O’Keeffe’s TPI training programme as the keys reasons why his game was so good.

Niall Turner made a positive start to his season as a full card holder on the Asian Tour.  He finished his first event in Singapore in 23rd place banking some important order of merit points.  Unfortunately for Turner he suffered from a re-occurrence of his hip injury soon after which put his out of play for several months. 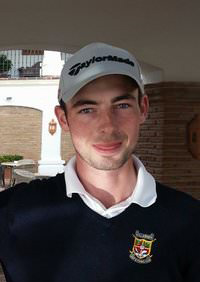 Tommy O’Driscoll pictured after winning his Alps Tour card in earlier this month.

Rain again played a big part in golfing plans for February as Imogen – the ninth storm of the year hit the south of the country.  Muskerry highlighted the scale of the disruption, commenting that they had cancelled seventeen competitions since November.  Castlehaven native Tommy O’Driscoll turned professional in early February as he embarked on the first events on the Alps Tour schedule.  O’Driscoll secured a full card on the France and Spain based satellite tour in December, but retained his amateur status and only committed to pro golf at the start of the tour.  O’Driscoll’s first events proved to be a learning curve as the Paris based teenager missed the cut after mixed form over his opening two rounds in each event.

The Munster PGA again struggled with the weather and only got to play one event in February.  The event was hosted by Castlemartyr with David Higgins shooting an impressive 68 to win by two shots.  PGA Professional Frank Holly departed Charleville as he headed for a teaching position in North Carolina and Mark Collins was appointed as head professional in Charleville, taking over from Jamie O’Sullivan who moved to Rosslare. 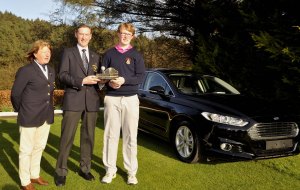 The golfing season finally got underway in earnest as most clubs commenced their qualifying competitions.  The first big one of the year was the Fota Island Senior Scratch Cup, and that signalled the emergence of a new winner at this level, Kinsale’s Cathal Butler.  Butler went around the Deerpark course in a very impressive four under par.  That saw him finish five strokes clear of the field.  The Muskerry Junior Scratch Trophy shoot-out took place in Muskerry over Easter weekend and after five rounds of matchplay golf, Mitchelstown’s Sean Leonard and Muskerry’s Michael O’Callaghan.   Leonard had a good start, going three up after 8 holes, but Twomey cut the deficit to just one hole by the time they had reaches the 13th tee.  Leonard hit back with some very impressive golf, and won the next three holes to close out the match on the 14th, winning on a scoreline of 4&3.

UCC staff used local knowledge to their advantage when they hosted the Inter-Varsity staff tournament in Cork Golf Club.  UCC ended up winners, retaining the title they won in 2015.  As clubs returned to handicap competitions the new rules regarding handicap increases came into play.  In 2016, the maximum increase was limited to one shot from the lowest handicap held during the year.  Overall the move was viewed as a positive development. 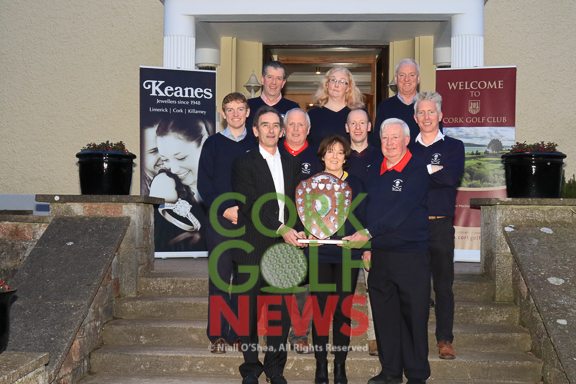