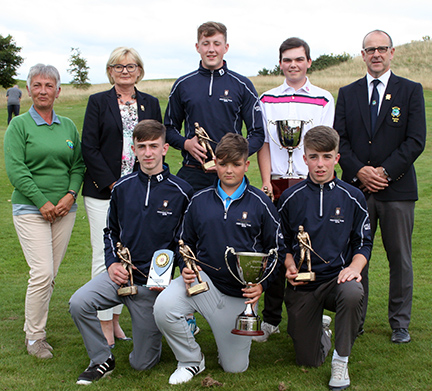 Fota Island won the AST Trophy in Cobh on Friday with a great performance to beat the 12 other teams.  The players on the winning Fota Island team were: Ben Quigley, Cian Long, Evan Murphy, Ronan O’Connell and Shane Galvin.  They had a three point win over Lee Valley and Monkstown took third place.  Fota’s Evan Murphy had the best boys score while Catherine Cronin from Muskerry led the girls.  The event which is now in it’s 4th year is sponsored by Adrian and Suzanne Tanzer.

Pictures from the AST Trophy 2016, courtesy of Adrian Tanzer: END_OF_DOCUMENT_TOKEN_TO_BE_REPLACED 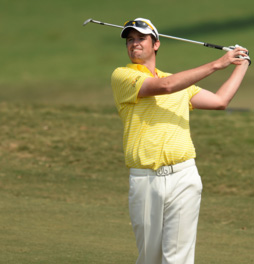 Niall Turner made a positive return to tour golf after spending three months on the sidelines.  Turner suffered a recurrence of his hip injury which saw him miss several start on the Asian and European Tours.  He returned to action this week in the Kings Cup in Thailand and made the cut for the weekend.  The Waterfall native opened with a 69 yesterday and he added a 72 today to stand on +1.  Turner made the cut right on the mark but that won’t bother him too much as he now has two more rounds to sharpen his game.

While injuries are never welcome, it did give Turner plenty of time to focus on his wedding to his fiancee Rachel and they celebrated the big day at the end of June. Turner now has several big tournaments ahead to make an impression on the Asian Tour Order of Merit, and consolidate his tour card.  Prior to the recurrence of his injury, he had a positive start to the season, making the cut in his first three events and earning $15,000 in prize money.

The Kings Cup is END_OF_DOCUMENT_TOKEN_TO_BE_REPLACED 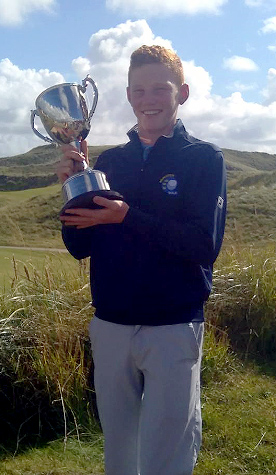 John Murphy narrowly missed out on back to back Boys victories today when he finished just one shot off the winning score.  Murphy was tied for the lead with three others going into the final day, the rain affected third day saw the competition reduced to 54 holes following heavy overnight rain.

Murphy got off to a great start, and was three under for the day after four holes.  He had a tough time of it around the turn with six consecutive bogies.  The Munster Boys Champion rescued his round with an eagle on the long par five 16th hole.  Murphy’s one over par 72 was enough to keep pace with the leaders and it looked like a four way play-off would follow.  But Dun Laoighre’s Alan Fahy came in with a great 68 and took the title by one stroke.  Murphy took second place on a countback from five players on -1.

END_OF_DOCUMENT_TOKEN_TO_BE_REPLACED 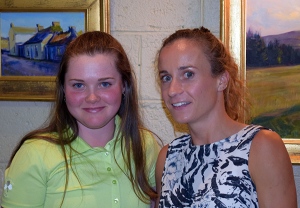 Top class amateur golfer Mairead Martin was honoured by he local club last week when she was awarded honorary life membership by Kanturk Golf Club.  The award was made during Liam Fitzgerald’s Captain’s Prize and a large crowd was present to help celebrate both the super golfing weekend and the achievements of Martin.  Mairead, fresh from an unlucky defeat in the semi-final of the Leinster Ladies Championship on Sunday was present with her family to accept the accolade from Lady Captain Kitty Hennessy.

Since concentrating on golf from the age of 12, Mairead’s progression has been rapid and now plays of plus 1.  She has represented Ireland at various levels and also had the honour of representing Great Britain and Ireland in the Junior Vagliano Trophy in 2015, where she formed a winning partnership with her good friend Annabel Wilson from Lurgan.  She has had some notable successes in national championships including winning the END_OF_DOCUMENT_TOKEN_TO_BE_REPLACED 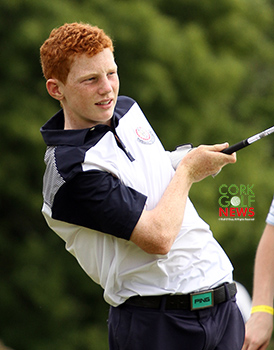 Kinsale’s John Murphy shot a superb 65 on day two of the Ulster Boys at Bangor today.  The early tee time suited the Munster Boys Champion as he stormed the course.  Murphy was four under through four holes thanks to two birdies and an eagle.  Murphy added two more birdies on the back nine on his way to signing for a six under par total of 65.  Murphy bettered his first round score by ten shots and is in a great position going into the final 36 holes tomorrow.

Murphy is currently tied for the lead on -2.  The last few cards from round two still need to b counted but as it stands Murphy is leading along with Hugh O’Hare, Ross Kelly and Patrick Brennan.

Fota Island’s Shane Galvin had a great second round.  He shot a 74 but unfortunately missed the 36 hole cut by one shot.  His round included birdies on the 4th, 9th and 18th.    Mallow’s Adam Walsh finished a few strokes outside the cut mark. 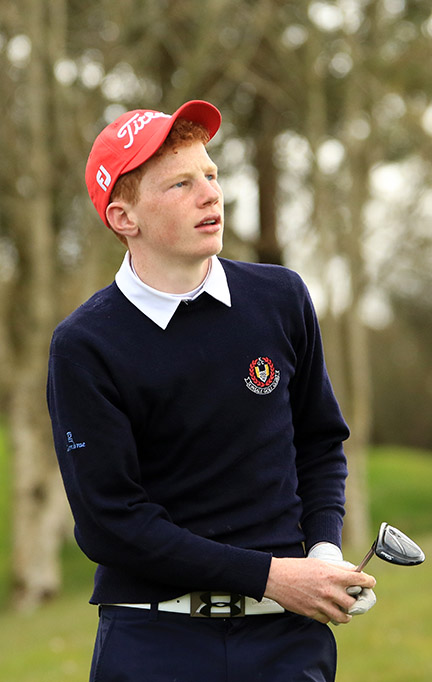 Munster Boys winner John Murphy was named on the Irish team that will compete in the Boys Home Internationals next week.  Murphy is one of two Munster players named on a strong side that features the winners of the Irish Boys, Leinster Boys and Munster Boys events.  Andrew Mulhall from Waterford Castle is the other Munster golfers to be named on the team of 11.  Murphy is currently in action in the Ulster Boys Open at Bangor Golf Club.  Murphy shot an opening 75 in testing conditions and is well inside the cut mark going into day two.  Shane Galvin (Fota Island) and Adam Walsh (Mallow) are also in action.

The Boys Home Internationals take place in Ballyliffin from the 2-4 August.

It’s a double for Kinsale as Murphy follows Cathal Butler in being named on the Irish team, Butler took part in the home internationals which were held in Wales last year.

Douglas pair Clodagh Coughlan and Aoife Ni Thuama won the May Fitzgibbon Trophy on Monday, making it back to back national wins for the Douglas Girls.  The competition took place on Greystones Golf Club and twenty foursomes pairs took part, all having qualified from the five districts.  The Douglas girls had qualified for the national finals in May when they were in the top four at the Munster qualifier in Adare Manor.  The qualified in Adare as the best gross winners.  Last year the Douglas girls combined for 37 points to win by two shots.  This year they dominated, carding 39 points for their foursomes round and winning bay a margin of five shots.  Conditions were perfect in Greystones which set the scene for some good scores throughout the day.  Scoring seemed to be fairly END_OF_DOCUMENT_TOKEN_TO_BE_REPLACED 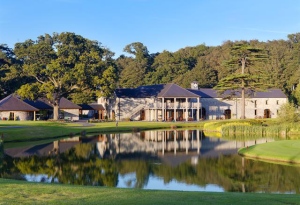 Open week at Fora Island gets underway tomorrow, and although the week has been heaving booked there may be some late availability or cancellations for anyone hoping to get out on the the 2014 Irish Open Championship course. 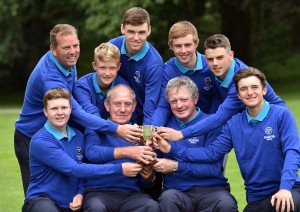 Jack Egan and Edward Walsh helped Munster to their first Under 16 Interprovincial title.  Munster were in second place after the opening two matches yesterday, and under the watchful eyes of Kevin Murray, John Fennessy and Fred Twomey, the team played very well in their final game against Connacht and overcame a half point deficit.

Muskerry’s Jack Egan was the hero of the hour, he was one down playing 18, and a loss would have meant that Connacht would win on a countback.  Egan duly obliged, he won the hole to half his match and that ensured that Munster won the match and ultimately the title.

Egan finished the three matches with a win and two halves, in his one foursomes and two singles matches.  Mallow’s Ed Walsh lost his opening foursomes match but captured two valuable points for Munster in the singles matches against Leinster and Connacht.

The Under 18 team did as much as they could in the final day, they had a good 6-4 win over Connacht.   But unfortunately for Michael Coote’s team, Ulster retained their lead by beating Leinster in their final match.  There were some END_OF_DOCUMENT_TOKEN_TO_BE_REPLACED