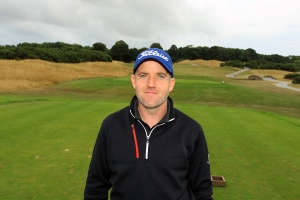 It’s just a year since greenkeeper Paudie O’Sullivan was appointed as Head Superintendent at Castlemartyr.  Now in his third decade as a greenkeeper, the Little Island man has had a busy year at the prestigious East Cork golf resort.  “It has been a whirlwind twelve months, to get the Head Superintendent job at Castlemartyr was a fantastic step in my career” added Paudie.  “Everyday is a learning day in Castlemartyr as you never know what each day will bring.  In the twelve months since being given the Head Superintendent position, we have been through storm Ophelia in October, from November to February we had over 500mm of rainfall, and in March we were covered in snow and closed for 12 consecutive days.  Any then this summer we went through the driest summer I have incurred.”  That dry spell in July was O’Sullivan’s biggest task in a challenging year.  Weeks went by without any meaningful rain, which isn’t ideal when your trying to maintain over 100 acres of cultivated grass.  “Looking back now on the summer, Castlemartyr has come out quite well” explained the man in charge.  “One or two areas needed overseeding due to high temperatures and areas becoming hydrophobic.  The greenkeeping team coped very well, as we were monitoring the forecast quite closely in the weeks leading up the extreme summer.  I contacted a local plant hire company John Power about loaning out two water tankers and within three hours we had these on-site.  Both of these could pump 24,000 litres of water, which we kept running all day.  Some very late nights were required also, coming in at 10 or 11 at night to do some hand watering.”  The club was lucky as they had access to a number of wells and underground springs, that coupled with a great deal of work from the greenkeeping team meant that the course was in top condition right through the four weeks of drought like conditions. 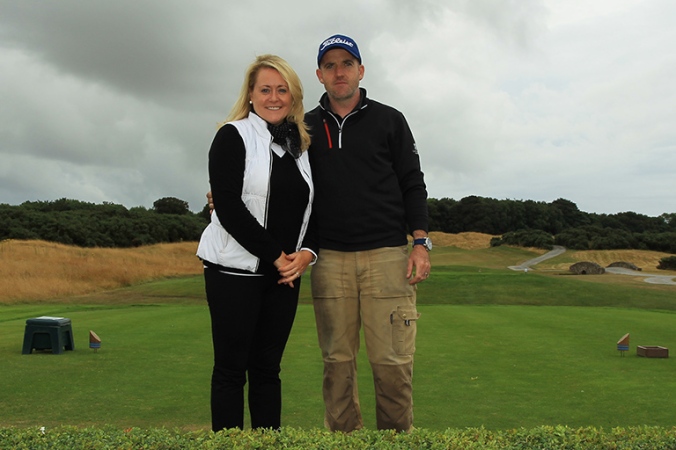 Over the past 11 years, Castlemartyr has become a firm favourite for Cork golfers of all levels.  A popular place for societies, the course also hosts weekly opens, several green fee slots, as well as catering for guests of the five star resort.  With well over 20,000 rounds being played every year, it takes a large team to ensure the course and the resort is always presented in top condition.  “We are running with eight greenkeeping staff, one full time mechanic, one head gardener and one outdoor resort maintenance member” explained Paudie.  “We also have two students from Colaiste Stiofan Naofa on Fridays doing work experience with us.”  Paudie is well qualified to lead the team in Castlemartyr, having spent over 20 years working in the profession.  “I have been involved in greenkeeping with almost 24 years” said Paudie, “starting off working in Midleton Pitch & Putt Club.  From there I was given a greenkeeping position in Frankfield Golf Club where I worked with Gary O’Sullivan and owner Coleman Ryan.  I was in Frankfield for over nine years, it was there where I was given a great opportunity to go to college in Dublin to do the Greenkeeping level 6 course.”  When Frankfield closed in early 2015 Paudie headed east, starting in Castlemartyr that March.  He worked with the Superintendent Trevor Norris, who had been there from the outset almost ten years previously.

O’Sullivan settled into his new environment quickly, and when Norris departed for a role with TurfCare last year, Paudie was promoted to the role of Superintendent.  The Ron Kirby designed inland links was a brand new creation a decade ago, and in the intervening ten years, very little has changed at the championship course.  The initial layout was a classic design, with the sand based fairways and fescue lined round giving it a unique links feel.  Paudie and his team will be busy for the winter.  Although the need for cutting will drop back as a result of the lower ground temperatures, winter bring its own work in the form of sanding, hollow-tining and rough management.  Like all courses there are list of course development and maintenance tasks that have been elected for the coming months.  “Main projects for coming winter is to change out the bunker sand in our bunkers and to do some riveting in some of these also.  We trialled out a few of these last year with some great success.  Gorse management is also in progress and will be continued out for the next few years, the crew have started cutting back some gorse.  Some of this has become a bit leggy and looks a bit unsightly, so we have plenty going on to keep all the team busy.”  Despite all the challenges of the past twelve months, Paudie is still delighted to have the job and is quick to give credit to the entire golf team.  “Overall Castlemartyr is a fantastic place to work, working with Breffne our Director of Golf, and Alan our club pro, we have a great greenkeeping crew and without these guys we could not produce a five-star golf course.”