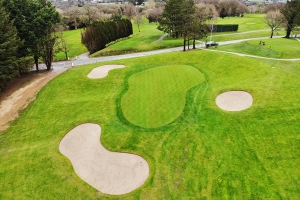 The changes to the bunkers on the 1st in Bandon were completed in  phase one of the course improvement plan.
Picture: Donal O’Donovan

The course developments are continuing in Bandon with the second phase of planned improvements currently underway.  Last year Bandon commenced their ambitious plan to redevelop several areas of the course, and the progress to date has been impressive.  In 2019 a new short game area was opened as part of the project, and while work in 2020 will be delayed, phase two is close to completion.

Bunkers form a major part of the redevelopment project.  There were 52 bunkers on the course and under the new design plan this will reduce this to 41.  This will include three new bunkers and the re positioning of another six. The design will also make the bunkers more visible from the tee box and approach shots to the greens.  The installation of EcoBunker artificial edging will help reduce the maintenance of the bunkers.  While the bunkers are the key part, additional work is also taking place on drainage and tree planting around the course.

Donal O’Donovan, the club President in 2019 has been central to the redevelopment project and he explained what has been happening in Bandon this year.  “The work started delighted in January.  Despite unfavourable weather conditions work on holes 2-7 and 16-18 was carried out with as little disruption to the members as possible.  Unfortunately, due to Covid 19 the insulation of the Sports bond liner and sand has been delayed. It will be done as soon as the contractors are allowed back on site.  The remaining holes 9-15 will start in October.” 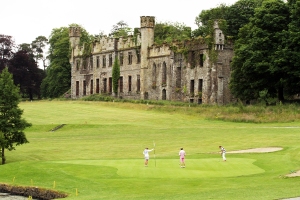 The cost of the Bunker project is €270,000.  The total cost of development projects over the last few of years is expected to be just over €400,000, a substantial investment by the club.  Getting the support of members was critical and O’Donovan explained how the members backed the plan.  “The decision was taken to start with the redesign of the bunkers on the first hole, and this was used to show the members what can be done.  The existing design of the bunkers on the course mean that heavy rain washes through them and causes major maintenance issues.  Also, at that time the club applied to the Sports Council for a grant, the project was a new practice area and we received a grant of €41,000.”

With a total spend of over €100,000 for the first phase of the works, it needed to be a success.  In addition to the sports council funding, the club also used its own funds and bank finance to cover the costs.  Members have committed to support the costs by way of a three-year levy and it’s expected that the costs of the project will be paid off within three years.

Donal also explained the process behind the plan and where it began.  “Over three years ago, we felt that the course needed to be improved, so we set up a development committee that would be in place for five years” explained O’Donovan.  “We contacted several construction companies and course designers and following on from this we felt that Ken Kearney was best suited for us.  The committee looked at all aspects of the course and felt that the bunkers and drainage were the two priorities.” 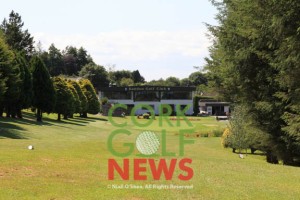 Ken Kearney set about his work, the initial phase involved the redevelopment of the green complex on the first hole and a new short game practice area.  When phase one of the project opened for play in the middle of last year, the designer is a popular man in Bandon.  Kearney is one of the busiest course designers in Ireland, and while the new course development opportunities are limited, he has an extensive portfolio of improvement plans in place with well over two dozen clubs all over Ireland.  He was behind the recent works in Kinsale and has also worked with Monkstown and several other courses in Munster.  Following completion of the 2019 improvements, Bandon members voted unanimously last year for the next phase of work to be done. The development committee were delighted to get full support from the members and their commitment to cover the cost of the development in the form of a 3-year levy.

Like all other club in the county, Bandon re-opened their course on Monday to the delight of members.  Although it was only social golf, it was the first time in seven weeks that courses were open for play.  Golf was one of only a few sports to be included in the first phase of the loosening of restrictions.  Every course in Cork was open with most clubs actively enforcing the 5km travel rule.  The new protocols will be in place until 8th June and advise that access should be limited to members only.  Groups of three and two will be permitted as well as individuals with gaps of 15 mins, 13 mins and 10 mins recommended between each group.  All existing social distancing measures are being maintained and clubhouses will remain closed during phase one.   The timing recommendations will mean that a maximum of 60 golfers would be on a course at any one time, that represents just over 50% of the normal capacity.  This has created a long waiting list in most clubs for the first week back, but with a maximum of around 100 golfers playing each day, everyone should have an opportunity to play in the opening week.  Several clubs have introduced limits on the number of rounds each member can play to ensure all golfers can secure a tee time.