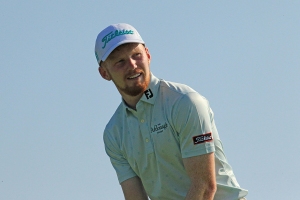 It’s a big week for Kinsale’s John Murphy as he makes his debut on the PGA Tour at Pebble Beach.  It’s an exciting start to Murphy’s 2022 schedule, and it came thanks to a chance meeting when he was practicing in Florida in December.  He was advised to contact the AT&T Tournament Director with a letter of request and Murphy was delighted to hear back from Steve John.  “Thankfully the Tournament Director was generous enough to accept the request, he sent me a text shortly after to confirm I was i.  It’s very exciting, especially as it’s something I didn’t really expect.  It’s a great opportunity to have and I’m looking forward to trying to make the most of it.”

Murphy along with caddy Shane O’Connell travelled to California last week and the pair settled into their tournament routine.  “Since we’ve got here the prep has been very good, the weather has been great” said Shane.  “There has been very little wind and the courses are in great condition.  We wanted to play each course last week before the official practice started and John has been given access to the range which has been great.”

Off the course the pair have been enjoying their surroundings.  “We’re staying with a family who are members of the Old Head and their house is 8 minutes from Pebble Beach, and a two minute walk from the actual beach so it’s great to be able to walk down and go for a swim.  So we’re keeping busy between the golf, the beach and everything else that’s going on.”  Shane and John have focused on keeping a similar routine to last year even though it’s a PGA Tour event and they’re hoping that some good golf will follow.

Just before he left for the US John picked up a new car courtesy of Finbarr Galvin.  In June last year Justin Galvin provided John with a Seat Leon and last week John was upgraded to a Seat Cupra Formentor.  Justin has a huge interest in golf and was excited to watch John’s progress through 2021, especially as John’s tour bag carried the Finbarr Galvin Seat name across Europe.  Justin was delighted to renew his support for John for 2022; “We are delighted to continue our support for John.  As a Brand Ambassador John is the perfect fit for the Cupra Brand and we look forward to watching John in his exciting future adventures in the world of Professional Golf.”

After the California Murphy will set his sights on South Africa where the first of six Challenge Tour events takes place the following week.  It’ll be an intense start to the season but it provides Murphy with a great platform to get his 2022 campaign off to a good start.