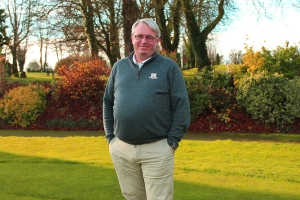 It’s a few months since Maurice O’Meara joined the team in Monkstown, and the experienced golf club manager is settling into his hew role.  Having previously worked as general manager in Killarney, Dooks and The Island, O’Meara has seen all aspects of the game in Ireland over the last 20 years.  And the Dublin native jumped at the opportunity to take on the GM role in Monkstown when the vacancy arose during the summer.  “During my years in golf club management and from my time in Dooks and Killarney, I would have had regular interaction with members of Monkstown as we had a lot of visiting groups from Cork and also a lot of dual members” explained Maurice.  “What I would have heard of Monkstown was very positive, and this was very important in my decision to take up the role here.  Like any club Monkstown has faced challenges over the last number of years, however the club is in a great place now, with a thriving membership.  It’s been great to see the popularity of END_OF_DOCUMENT_TOKEN_TO_BE_REPLACED

The Munster PGA will finally get their Winter Series back on track next week when they play in Castlemartyr.  Monday next will see only the third event of the weather affected season.  David Ryan won the opening event in Fota in November and Cian McNamara won last month in Adare Golf Club.  Wayne O’Callaghan was the winner last year in Castlemartyr, he shot a six under par 66 to win by one shot from John McHenry and Daniel Sugrue.  A large turn-out is expected as the 2016 half of the season eventually starts.  There are only two further events planned in the shortened season, Waterville will host the William Rushby Pro-Am next Month and the annual Morgan O’Donovan Perpetual Trophy will round off the PGB Winter Series in early April. 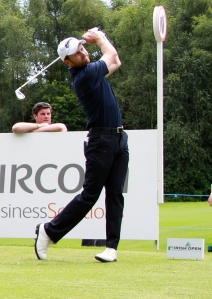 Charlevile PGA Professional Frank Holly finished up in Charleville last week, marking an end of the “new” old guard at the north Cork club.  Frank had worked with Jamie O’Sullivan for several years, and now both have departed.  Holly is headed for North Carolina shortly and Monday’s Munster PGA event in Castlemartyr could be his last of the season.  Holly will have happy memories from Castlemartyr, he recorded his first competitive hole in one on the 12th hole during last year’s event.  Mark Collins was recently appointed Head Professional in Charleville, moving from Adare Golf Club.  Dooks made another addition to their staff when they announced this week that Killarney Professional Daniel Sugrue is joining the popular south-west Kerry club.  The club is a summer favourite for many Cork golfers and over the past decade the club invested heavily in developing the course and also the clubhouse.  In the off-season they announced that Maurice O’Meara was taking over the role of General Manager.  O’Meara has extensive experience in the top end of the Irish golf market.  Prior to Dooks he was Secretary/Manager of the Island Golf Club and prior to that he spent a successful term at Killarney Golf Club.  During his time at Killarney he played a key role in Killarney’s hosting of the Irish Open in 2010 and 2011.  Sugrue joins Dooks from his position as a PGA Professional attached to Killarney Golf Club.  Danny has been a prolific winner on the PGA Irish Region tour and is a two time winner of the Munster PGA Order of Merit.  He qualified for the Irish Open in 2014 at Fota Island and Sugrue will be a great addition to the Glenbeigh club.