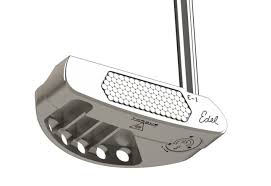 2016 brought lots of news from the major equipment companies.  Nike pulled out of club design while having two of the biggest paid stars on their books, and TaylorMade was put up for sale by Adidas at a time when they dominated the Driver market.  It was also the year that a few of the smaller and newer manufacturers made a breakthrough.  Edel wedges and putters were one of those breakthrough brands and the custom made clubs are now available in Cork.  Glanmire based PGA Professional Padraig Dooley has been known for his interest in clubs, and the mechanics and technology behind the clubs.  Although the Edel brand made a big breakthrough this year, Padraig has been a fitter for the bespoke brand for well over a year and has helped over a dozen golfers to lower their scores with the unique fitting process.  “I came across Edel putters at the 2015 PGA Merchandise Show in Orlando” said Dooley explaining how his association with the brand started.

“I was aware of their wedges and was looking at a wedge fitting system when I saw their putter fitting system.  As there are very few doing putter fittings I thought it would be a really good service to add.”  While many golfers will automatically get fitted for a new driver or set of irons, golfers generally work on their own when it comes to wedges and putters.   Edel took a different view as Padraig explained; “There are two main aspects to the putter fitting, first is alignment and second is distance control.  Different putter shapes, alignment lines and hosel configurations make golfers align their putter head different, many golfers aren’t aware of this.  The Edel fitting takes the golfer through the different options so they end up with great alignment.  Being able to aim the putter better leads to more putts holed.   The second part of the fitting is distance control.  Through different head weights and positioning weight in alternate places in the putter shaft, the golfer controls the speed of the putter head better.  With enhanced control of the speed of the head, the golfer manages the distance they hit the putts better.  Better distance control means shorter second putts, more putts holed and less three putts.” 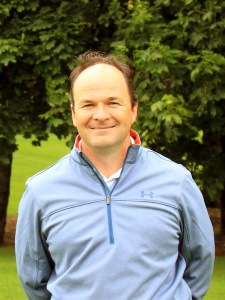 Setting up a club to match a golfer’s approach had brought real performance improvements for many golfers according to Pardaig: “The average Edel putter customer drops two strokes on their putting handicap in the aftermath of buying the putter.  One of my customers has taken 5-6 strokes off his average number of putts.”  As for the price, Padraig has an answer for that too: “The price of an Edel putter is less than the price of the latest drivers and the technology isn’t superseded one year later. There’s never any need to buy another putter.  A further feature of the Edel putters is the heads are ‘Torque Balanced’ and the toe hangs up.  With this feature the putter head doesn’t want to twist and makes it easier to control the face angle during the putting stroke. This means it’s easier to start the putt on the line you’ve picked.”

The Drive Golf Performance centre in Riverstown where Padraig and his brother John are based is like an Aladdin’s cave for golfers.  All manner of clubs, workshop tools and diagnostic aids can be found in the workshop.  What is unusual is the bookshelves that are crammed with hundreds of books on golf, from biographies to histories of the game, to technical books covering the swing and club making.  Padraig’s interest in the theoretical side of the business saw his feature on the 18 Strong golf podcast recently which is based in St Louis Missouri.  Padraig was invited on the show to cover his study from earlier this year that saw a number of golfers hit shots with their non-dominant hand.  While earlier studies had shown swinging with a non-dominant had had led to improvements, Padraig was keen to investigate if actually hitting shots would lead to further improvements.  The trial was a success and it was one example of the approach taken by Padraig, who has a simple philosophy: “We’re always looking at ways to help people lower their scores.”