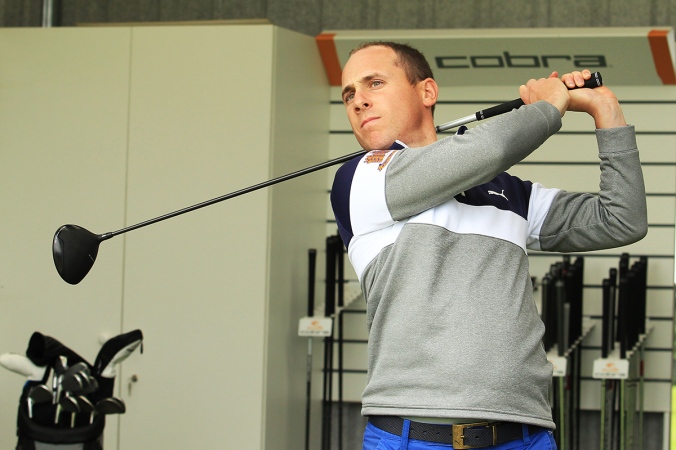 Monkstown Head Professional Cian McNamara has an exciting event next week, he’s heading to France for stage one of the European Tour Qualifying School.  McNamara has spent well over three years in Monkstown and the Limerick native was appointed as Head Professional two years ago.  Prior that he was effectively a full-time player on the Irish PGA circuit.  After a year in Monkstown an opportunity arose to become head pro, and in the past two years Cian has grown into the prestigious position.  It was a big change for Cian but one that has worked out.  “Things have changed dramatically for me over the two years.  I have far more responsibility now than I ever had in my life but I feel I am growing into the position and hope that members of the golf club feel that I am improving in the role more as time is going on” said Cian on his role in Monkstown.  “Running a business is something that I never had to involve myself in, and I will not lie when saying it was a daunting task when it came upon me. Good staff is what I would say to anybody in my position is key to running a smooth operation. I’m incredibly lucky with Shane, Elaine and Nick.  Each have taken separate responsibilities upon themselves which leaves me to provide the coaching, custom fitting and basically oversee the operation in the shop.“ 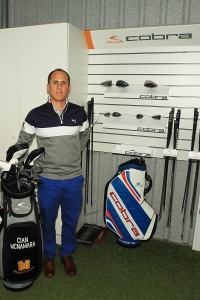 Heading up a busy pro shop in a busy club has meant that Cian’s playing schedule has been curtailed over the past two years.  He qualified for the Irish Open from 2013-2015 by finishing in the top six in the Irish Region PGA, but in 2016 he was never in contention due to the workload at home.  Now Cian is happy to take his chances once again on the playing circuit and while the odds are 250 to 1, he’s going with realistic hopes.  The odds of qualifying from stage one are high.  The European Tour estimate that over 700 golfers will take part in the first stage with 25% getting through to the second round in November.  A total of 310 golfers play at second stage (current ET players who lost their card go straight to Q2), with just 80 getting through to the final stage in December, just 25 will get full tour cards and another 25 getting Challenge Tour cards.  Consequently Cian is realistic about his chances for 2018.  “My golf game is not at the level to achieve a European Tour Card but I have no doubt I could get status [tour card] on the Challenge Tour and if I’m to be honest that is what I’m looking to achieve.  If I could coincide my work responsibilities at Monkstown Golf Club with playing higher ranking events is what I would say is my “ideal” job.”

It’s been a busy too years for McNamara.  He added a custom fit bay to the range in Monkstown and using Trackman technology along with clubs from Cobra, Ping and all the major manufacturers he has the ideal set up for members and clients.  With an established base and a great team Cian can now focus on sharpening up his game and getting back to the fairways.  He’s also the incoming Captain of the Munster PGA and will be launching the winter series of Munster events shortly.  Cian was recently in action in the St Margarets Pro Am where he recorded a top five finish, and he was also on the winning Irish team at the TGI Partnership Trophy in Lough Erne.  The step up to Q School is a big one though, not least the €1,800 entry fee and the travel costs.  But the dream is still alive for Cian.  “My reasons for entering Q School are actually very simple. I still think I can play” explained McNamara, a former elite amateur and South of Ireland winner.  “I’ve understood as the years have gone on that time is moving quickly and I’ve responsibilities that I need to attain too but it is just something in the back of my head that keeps me awake a little longer a night.  I’m so grateful for the opportunity at Monkstown GC and can categorically say I’m really enjoying my role but when somebody has always wanted to achieve something and doesn’t quite get there I think we are all the same in saying “it bugs you”.  My fiancé Siobhàn basically convinced me and I’m delighted she has done that.   This may or may not happen this year but at least I’ve put myself forward and now it is just simply up to me.” 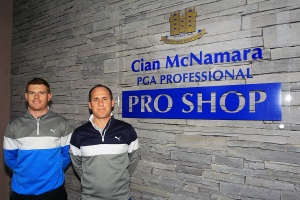 Considering that an on-course pro shop is open 10-12 hours a day in the summer, and also consider that the pro shop must open every day of the year.  Rain or shine, just like the course staff, the pro shop staff are almost always on site.  Monkstown is also one of the busier clubs, with high standards expected.  That takes teamwork and Cian has built a solid team around him in Monkstown.  “Shane has being a superb addition to the Pro Shop. He immediately developed great relationships with the members and is now a very popular figure around the golf club. I think his main attribute is his personality and from there with his work ethic, he is somebody that I am certain will achieve great things in this business if he carries on to work with this intensity and interest.  I want him to be more involved in the coaching and also to play as much as he can because I feel it’s important for a lad with his potential that he is not planted behind the counter when it is clear to all those around him that this lad can offer and achieve so much.

Elaine basically covers the Ladies side to the Pro Shop and over her years in the golf industry has built a very strong name for herself.  She has incredible work ethic and knowledge in golf sales and I’m very lucky to have her as part of the team.  She certainty takes a lot of work load from myself and again helps me to provide the coaching and fitting without the worry of how the Pro Shop is doing in my absence.  Nick has being a long standing member of the golf club and has a great relationship with the whole club.  He is a very popular figure around the club and is a joy to work alongside in the shop.  His work ethic his exemplary and I can count on him whenever required.” 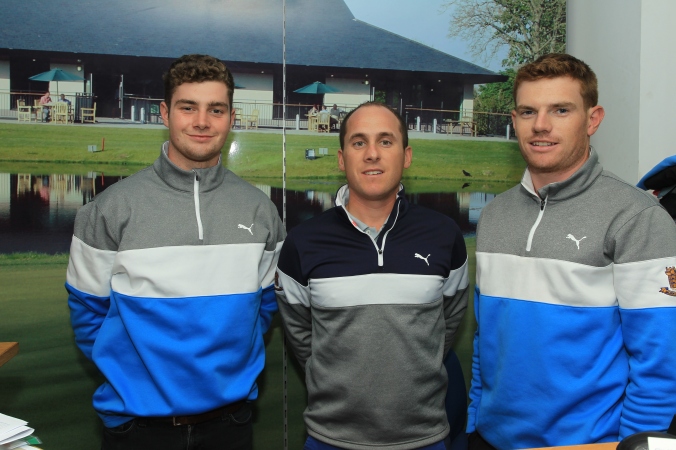