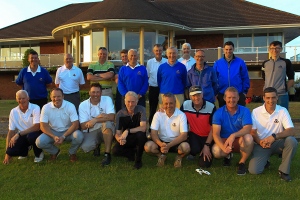 Bantry Bay had a great win in the Pierce Purcell recently, they beat Monkstown in the South Munster final after both teams had come through their local qualifiers.  Monkstown took an early lead in the final but Bantry battled and refused to let Monkstown run away with an early win.  The match was played in Kinsale and the course provided both teams with a tough test.  The new provision for scotch foursomes (both golfers drive off with the best shot selected) saved teams on several occasions as the narrow fairways tested both teams.  Although down in the first and third matches, Bantry were buoyed by a win for Dominic Wilson and Pat Cronin over Colm Murphy and Eoin McNamara on the 13th hole.  Conchur O’Sullivan and Ger Conway were two down with four to play, but they turned their match around to beat Eddie O’Sullivan and Niall Keely on the 18th green.  That made it 2-0 and meant Bantry only needed one more match.  The problem was that they were down in the final three matches.  The win would come in match three.  Despite missing a good opportunity to level the match on the 16th, Billy Coakley and Conor Farr could only manage a half, leaving Monkstown one up with two holes left.  They made amends on the 17th with a win, and two great approach shots to the back edge of the green left Billy Coakley with a two footer for the win and the important third point.

It was Bantry’s fourth match in the campaign.  Although they had home advantage in the area qualifier, Team Captain Neil Crowley admitted to feeling the heat at home.  “More pressure was on the home team from the start in Bantry” explained the Captain, “Blarney nearly rattled us in the first match; they were 3 down with 3 to go in one match and levelled it on the 18th.  Thankfully we won the playoff hole and the match.  We played Skibbereen in the afternoon and came through that well.  Bandon on the Sunday were our biggest fear.  Our lads played exceptionally well to win the first 3 matches so we were over the line. We were 3 up in the 4th match and all square in the last when they called it.  It was Bantry’s best result in a long time, to come out of the area in the Pierce Purcell, so we thrilled with that”. 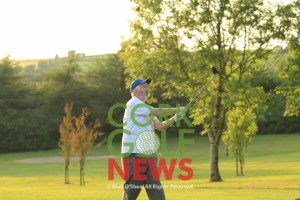 Bantry are now through to the Munster semi-final where they will face Kanturk.  The north Cork club compete in the West Munster section.  They were section hosts and beat Beaufort, Ring of Kerry and Killarney before going on the beat Tralee in the area final.   It’s a bit strange that there are two Cork teams left in the competition but Neil Crowley is just looking forward to playing in the next stage of the competition.  “Yes, we are looking forward to Dundrum in July.  We have a fantastic panel of 20 plus players” said Neil, “so it will be very difficult to pick the team, which is a great complaint really.  We have a practice round booked for closer to the time and hope to play on one of the open Friday’s that they have on that course.  Meanwhile Macroom, Lee Valley and Kinsale are coming to play us in Bantry in Pierce Purcell format to keep us sharp.  That will be a good help and we appreciate the support of those clubs in our division.  We are playing Kanturk in the semi-final and hope to get through that to meet Thurles or Nenagh in the final.  We know that between Thurles and Nenagh they have won the All-Ireland finals for the last 3 years, but they’re not out of Munster yet this year – hopefully it will be our turn in 2018!”  The Munster finals of the Pierce Purcell and the Jimmy Bruen take place on Sunday 20th July.

Muskerry will also make the trip to Tipperary, they are the South Munster representatives in the AIG Jimmy Bruen Shield.  It will be the first time for Dundrum to host the Munster finals and the parkland course is highly ranked in Munster.  Muskerry are looking for a Munster double as their Fred Daly team have also qualified for the Munster finals to be held in Nenagh in August.