It’s a competition that tends to throw up a few first-time winners, and today the Douglas Scratch Cup did exactly that.  Greg O’Mahony from Fota Island took the honours, shooting impressive rounds of 68 & 75 to with the Kieran Canty Financial Services Douglas Senior Scratch Cup.  O’Mahony’s opened with a four under par 68.  After a steady opening nine, the Fota man came back in five under, including and eagle-birdie finish, to take the 18 hole lead.  That was one ahead of Peter O’Keeffe and two ahead of Shane Galvin.  Crucially there were 11 players within four shots of O’Mahony, and it’s rare enough in Douglas for the leader at halfway to hold on.

Whether Greg knew the recent history or not, his plan was to come out fighting as the wind picked up for the second round.  “My mindset was to make as many birdies as I could so that when a bogey or two did come during the round that it would even it out.  In the second round the wind really got up.  I was comfortable to be honest as have been working hard on keeping my tempo and just said once I stick to my good tempo I will be fine and not post a crazy high score.”  And the gameplan seemed to work: “I birdied my first hole when I stuck it to two feet for birdie on 10 for a dream start to get to five under.  Then I got two serious up and downs on 11 and 12 to save par.” 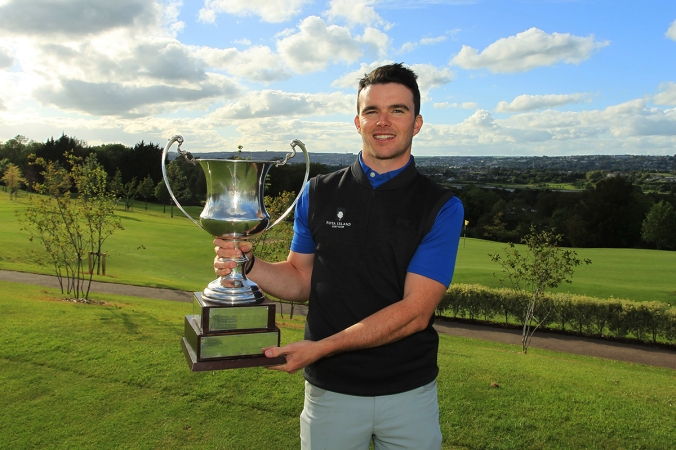 Things got a bit tougher for Greg when he ended up scrambling for a few pars and bogies, but he turned into the final nine holes on -4, level par for the back nine in his second round.  Back to back bogies on the first and second must have shaken him but he steadied and there was just one more bogey on his way to signing for a 75.  While +3 may not have been an ideal score, it was enough to claim the win.  “I had a feeling I was one ahead with three to play.  Then parred my last three holes having to hole two good putts on 7 and 9.  It was a slog out there but knew under par total coming in would be tough to beat.  It was great to battle for that 75 in the afternoon as all the pressure was on me after my 68 in the morning.”  While all 70+ golfers put in their cards, the feeling was that O’Mahony’s prediction of a sub-par total would be correct. 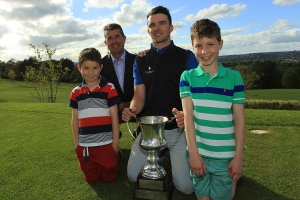 “It feels nice to win Douglas Scratch cup as it’s one of the main ones we play in every year” said O’Mahony, “Some great names are on the trophy including some Irish internationals in recent years so hopefully that might be an omen for me going forward.”  O’Mahony has had a solid start to the season and with plenty more golf to play.  Next up is the East in Co Louth next weekend, and then it’s onto the Connacht Strokeplay.  A good run of from could see Greg in contention for a Munster call up for the Interprovincials.