Blarney Golf Resort is proving to be a great success story, the Cork club has used to the past three months to boost membership and refresh the look and feel of the John Daly signature course.  Since the start of the season the resort has added over 120 new members as well as giving the course a substantial revamp.  Blarney’s PGA Professional Alan O’Meara led the new membership drive but he was also behind the work that has taken place on the course.  With seven weeks of no golf, it was the ideal opportunity to get around to a few jobs that always seemed to be on the long finger.  O’Meara took on the job himself, and picked up some help along the way.

“I feel the first look is important, the clubhouse, the walk to the first tee and areas where people stand and have a few moments to look around and see what’s around them” explained Alan.  “I always had plans but could never get around to getting them done due to time and staffing.”  O’Meara has been in Blarney since it opened almost 15 years ago, and he’s seen the course and its surrounds grow in over that time.  He was ideally placed to see what was needed in terms of a refresh, and what started as a family affair ended up with a larger group of members working to improve the look and feel of the course.  “When the lock down came I began with my plan with the help of my 3 sons Scott, Kenneth and Jamie, spraying off areas around all the trees, tee boxes and ruins, strimming these areas and filling them with bark mulch.  Next a few members texted me that they would love to be involved (obviously all were within the 5km) so another plan was hatched with new ideas.  We reshaped fairways and roughs.  While all the extra work was going on the greenkeepers were beavering away with their daily chores working in different parts of the course.  Along with arriving and leaving on different times during the day, each person had their own area.  When you have so much land social distancing wasn’t an issue.”

With a large and proud membership, there was a real sense of community on the course – despite that fact that the members couldn’t actually play.  “As time went on the list of things we wanted to do got longer.  A great coming together had happened in this dark time even if we were waving from a different fairway.  The golf course now is in fantastic condition anyone that plays can’t believe the change.  Locals used Blarney golf course as a place for a walk to clear their head and we were only too delighted to help out.”

Like most golf clubs Blarney has been on a rollercoaster over the past 15 years.  The course was designed by PGA star John Daly and when it opened in 2005, it was part of a €30m hotel and lodge development.  While the property went into receivership during the recession, the course always held its own.  The quality of the course meant that it retained a large membership and clubhouse facilities were always popular for members and guests.  When the a owner came on board in 2014 the golf side of the business continued to thrive, and although the hotel closed temporarily at the start of the year, the boost of 120 new members means that the golf operation is a thriving business.  O’Meara believes that Blarney has a winning combination when it comes to the growing membership.  “We have a quality product, and a club that takes pride in what we do.  The atmosphere here is second to none, everyone is feels at home here and enjoy the relaxed nature of Blarney while following simple guidelines.  We also provide great value, in these difficult times ahead I felt I needed to listen to what people could afford, so creating a payment plan to pay from now to the year-end or a 12 month plan.”  Membership is still open and new joiners have a flexible option of paying half the sub now and the balance monthly in the next 6 months. 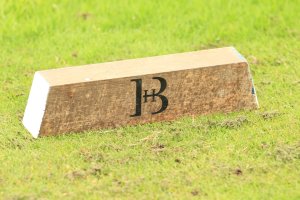 Alan is one of very few who have been working in the resort from when it first opened in 2005.  The Killarney native has a long association with the game which goes back a few generations.  His grandfather was a greenkeeper on the famous Killarney links while his father was the caddymaster.  Alan kept the family tradition going, after spending many years as a junior golfer in Killarney, he started as an assistant professional under Killarney’s Tony Coveney.  After three years in Killarney he joined the team in Fota Island when it opened in 1992 and after that it was back to Killarney, this time to Ross Golf Course as the golf and racing manager.  In 2005 he made the move back to Cork where he has worked hard to drive the club and the course forward.  “It’s easy for me to go to work as I love it here and I love my job.  I love the work, even though I live in Killarney the 100 mile round trip doesn’t bother me.”  He still plays, although the busy job limits his play to social rounds in Blarney and Killarney where he is still a member. After 15 years, Alan has a great way of summing up the progress: “I feel we have come along way, sometimes under a cloud, and yet we made the sun shine time and time again.”