Ben Murray stole the show in Mallow on Sunday afternoon, winning the Senior Scratch Cup in front of a huge crowd.  The Waterford Castle man shot the lights out in the back nine, stealing the limelight from hometown star James Sugrue.  This was the first Senior Scratch Cup in Mallow for seven years and the organising group of Conor Dowling, Brian Attridge, Neil Gallagher and Sean O’Shea put on a great event.  With help from main sponsors Hegarty Building and Civil Engineering, there was a generous prize fund in place and the event filled quickly as some of Munster’s top golfers looked to claim one of the final pieces of silverware for the season.  The course was in great condition in Mallow, and the lightning fast greens suited the top class amateurs.  Monkstown’s Eoghan Long held the lead after the first 18, his four under par 68 gave him a one shot lead over James Sugrue, with Ben Murray, Joe O’Sullivan and Fionn Hickey END_OF_DOCUMENT_TOKEN_TO_BE_REPLACED

Pictures from R2 in Mallow: END_OF_DOCUMENT_TOKEN_TO_BE_REPLACED 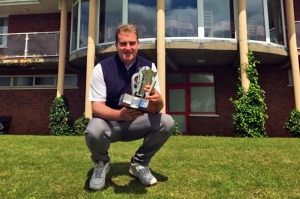 Ward led the scoring after the first round.  He shot a two under par 70 and was alongside Karl Bornemann on -2.  Shane Kenneally and Zak Collins END_OF_DOCUMENT_TOKEN_TO_BE_REPLACED 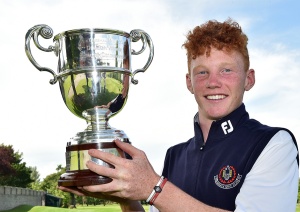 John Murphy proved his credentials as a clutch player when he nailed a six foot par putt on the 18th green to win the Leinster Students title in Newlands today.  Murphy was tied for the overnight lead alongside Cathal Butler and Ben Murray.  Butler’s challenge faded after a few early bogies, the Kinsale man was unable to repeat the form that saw him shoot a course record 64 yesterday.  Murray however kept pace with Murphy and although he went two behind on the 4th hole, he picked up a few birdies and was one behind at the turn.  After Murphy and Murray bogied the 10th, the Waterford man drew level with a birdie on the 12th.  Both golfers bogied the 15th and they were still level going onto the 18th tee.  Although it was a short par five, the pressure was telling as neither golfer made the green in three.  Murphy was left with a six foot END_OF_DOCUMENT_TOKEN_TO_BE_REPLACED