Mel Deasy (Bantry Bay) bagged his second Munster title when he won the Munster Boys Under 16 Open at Newcastlewest today.  The Munster Under 15 champion from two weeks ago, Mel was up against a tough field for the Under 16 Open.  Deasy started the second round in a  four-way tie for the lead, and a rain delay meant he started his final round an hour later than scheduled.  A hard south westerly wind tested everyone and Deasy parred the opening hole which proved problematic for many golfers.  A solid front nine followed with birdies on the 4th and 8th holes.  That gave the Ballincollig man a two shot lead over the field as he faced into the final nine holes.  The back nine proved testing, with Deasy dropping shots on the 12th and 15th.  After his playing partner Joshua McCabe fired in two birdies leaving the Bantry golfer two behind.  McCabe found trouble coming home however dropping four shots over the 16th and 17th.  That gave Deasy back his two shot lead, and he played the 18th like a pro.  He found the fairway off the tee and played a steady approach that finished just short of the green on the long par four.  A chip and two putts later he was the Munster Boys Under 16 Champion.  His one over par second round meant that he finished on a level par total of 140 for this two rounds. 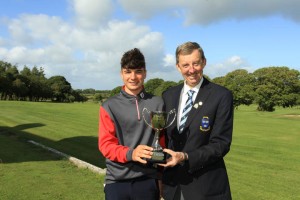 Joshua McCabe (Roganstown) was second, one shot behind Deasy, and third place went to Robert Galligan (Elm Park).  Kinsale’s Robbie Walsh had a disappointing second round of 81, dropping outside the top ten.  Muskerry’s Stephen Riordan jumped ten places following his second round but Jack Murphy and  Brian McCarthy both dropped places in the testing conditions.  They were the only Cork golfers to make the cut for the second day.

For Deasy it was a great finish to the week.  On Tuesday he was on the Bantry Bay Junior Foursomes team who lost out in the Munster semi-final.  Mel is now a double Munster winner, holding the U15 and U16 titles. 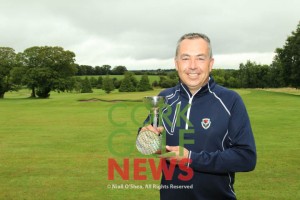 Two putts that were left hanging on the lip cost Gary O’Flaherty dearly as he missed out on a play-off in the Munster Mid Am.  The Cork golfer had a mixed day but gave himself a few chances.  Despite carding two early birdies, O’Flaherty lost a ball on the 7th to go back to level, but he stuck with it on a difficult day for golf.  There was a huge downpour in Newcastlewest as O’Flaherty finished his round.  Members worked had to clear the standing water on the final three greens meaning that play could continue, and O’Flaherty saw birdie putts finish right on lip on both 16 and 17.  A birdie on either hole would have been enough to get him into a play-off but he had to settle for third place.  O’Flaherty had a to sit back and watch his friend and END_OF_DOCUMENT_TOKEN_TO_BE_REPLACED 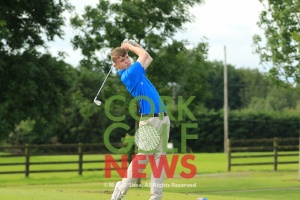 Mallow suffered a loss at the hands of a strong Limerick side in Newcastle West yesterday in the Munster semi-final of the Fred Daly Trophy.  The previous evening Mallow had lost a nail biting final in the Irish Junior Foursomes, but they pitched up in Newcastle West on Saturday morning with a strong side ready for battle.  Adam Boland, Liam Dowling, Greg Barrett and Edward Walsh all started for Mallow, with Daniel O’Sullivan taking the anchor spot having played in the Junior Foursomes.

It was a tight match all the way through, Limerick had a narrow lead at the halfway point and similar to Friday’s play Mallow staged a comeback on the back nine.  Limerick however weren’t to be caught and the 16th and 17th proved crucial as Limerick picked up the three points on these holes.  Ed Walsh won END_OF_DOCUMENT_TOKEN_TO_BE_REPLACED

Pictures from the Munster Final: END_OF_DOCUMENT_TOKEN_TO_BE_REPLACED 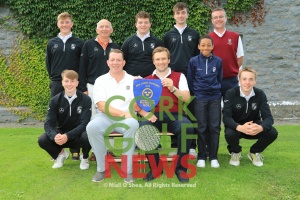 There was no joy for Mallow or Blarney today as both lost out to Castletroy in the Irish Junior Foursomes.  Blarney took Castletroy all the way to the 18th green before losing out to the Limerick side.  Blarney were five down before the turn and narrowed the deficit to 2 holes on the 11th.  Castletroy stretched their lead again through the back nine but Blarney weren’t finished and took the match all they way to the 18th green.  Castletroy just needed a half and Blarney’s delicate chip for birdie got close but didn’t go in meaning Castletroy END_OF_DOCUMENT_TOKEN_TO_BE_REPLACED