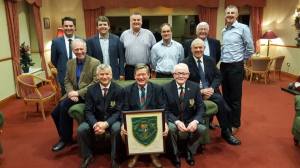 Cork Golf Club celebrated the 25th anniversary of their 1991 Irish Junior Cup win recently, with Team Captain Tom Monaghan hosting a dinner for the winning team.  It was a great way to round off 2016, as four of the panel from 1991 were involved with this year’s Barton team.  The panel in 1991 was comprised of Gary O’Flaherty, Mark Ford, Brian Kelleher, Vincent Twohig, Mick Power, Mark O’Connor, Tony Duncan and John Carroll.  The Captain in 1991 was George Dwyer and Michael Hurley (RIP) was President.  Gary O’Flaherty set down an early marker during that campaign, the fresh faced teenager won eight matches out of eight in the campaign winning the first point for Cork in every match.  Gary’s handicap tumbled, he became an anchor player at Barton and Senior Cup level, helping Cork to win the Irish Senior Cup in 1998.  Tom Monaghan also Captained that team to their national win. 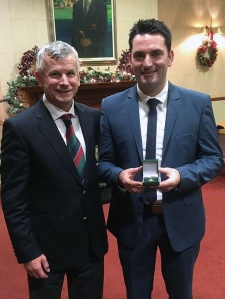 O’Flaherty along with Mark Ford and Brian Kelleher featured on this year’s Barton Shield team who won the Munster pennant, and as O’Flaherty missed out on the finals in Carton House, the dinner gave the club an opportunity to present Gary with his Barton Shield Medal.  According to team manager John Carroll that was Gary’s tenth medal, with Mark Ford close behind with nine medals.  The pair have been stalwarts on Cork teams for three decades, and despite plenty of talent coming through, both have held their places over the past 25 years. 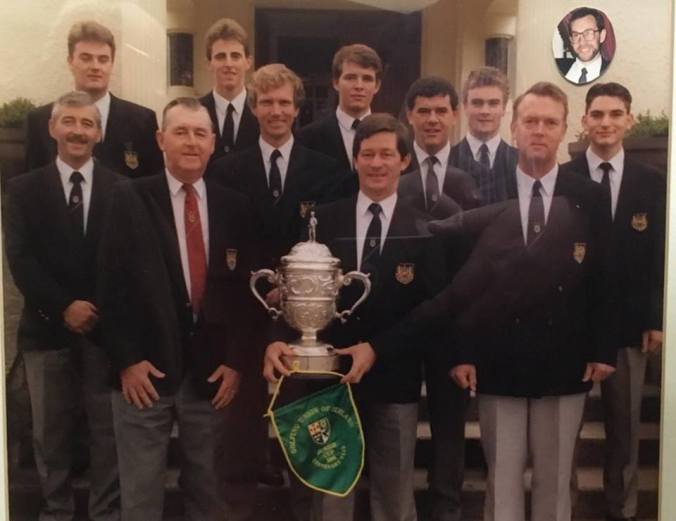