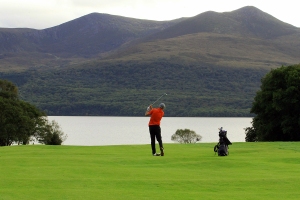 Every golfer is keenly anticipating a return to the course, and while many are waiting the golfing bodies are making plans for a number of different start dates.  Munster Golf have drawn up several scenarios depending on when the green light is given.  Already the Munster Boys has been cancelled and will not be rescheduled, that should have taken place in Kinsale last week.  The Munster Strokeplay was scheduled for Cork Golf Club next week and that has now been postponed with the hope that it can be rescheduled at some point in the season.  While the championships are relatively easy to reschedule, the inter-club events are different.  In all there 11 Cups and Shields competitions with the majority of them involving all clubs.

A number of scenarios are being worked on, including changing the format to home and away, strokeplay qualifiers and mid-week dates.  The crucial issue however will be access to golf courses.  With the season already severely limited, clubs may not be keen to host Munster competitions which are mostly all-day events.  As well as limiting golf for members, club may also lose valuable revenue from green fees, classics, and societies.  Many clubs will have scheduled their Captains of Presidents prize day in May and these will most likely be pushed out for a few weeks or months.  Plans for scratch cups in most clubs may also need to be revised due to national and provincial calendar changes.

On the national scene, the GUI are working on a scenario of competitions returning in July and they are building a revised national calendar based around this start date.  The South of Ireland in Lahinch would be retained as would the North, but it’s unsure if the West or the East would be rescheduled.  The Irish Amateur Open scheduled for Galwey in August should be ok, but the Close (Rossapenna) will have to move from the original date in mid May.

Once clubs are reopened fully, the race will be on to rebuild revenue streams.  Clubs will have missed out on months of normal revenue while the costs of course maintenance continue.  With international golf tourism set to be off the radar for some time, most Cork clubs will be happy that they are not overly reliant on this revenue.  Charities has suffered on several fundraising fronts and golf has been a big part of this.  The Mercy Hospital classic which was due to take place in Fota Island over two days this week was cancelled, and Marymount’s classic in cork GC in early May is also unlikely to take place.  In addition to the major events, many sports clubs also hold annual classics and many will also have been cancelled at this stage.