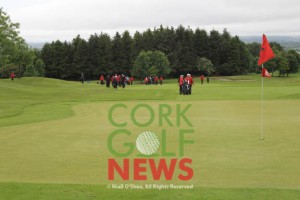 For most golfers in Cork, Jerry Keohane is the driving force behind Lee Valley.  But Jerry says he owes a lot to the original course designer.  “There was one man who inspired me to and I learned a huge amount from him in two and a half years.  He was the most amazing man I ever met, Christy O’Connor Jnr.”  In a time before google maps or 3D modelling, Christy was a traditionalist, walking the land to judge the layout as Jerry explained: “He just had a simple drawing, a layout of the course and nothing else.  He walked each fairway when he came down every week, sometimes twice a week.  I’d be watching him and you’d ask yourself what’s he’s doing.  He had some paint and he’d go around and mark out the greens and the bunkers and I was amazed by the man.  He had no drawings or detailed plans, his END_OF_DOCUMENT_TOKEN_TO_BE_REPLACED