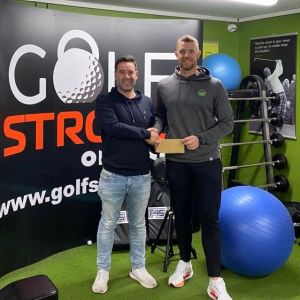 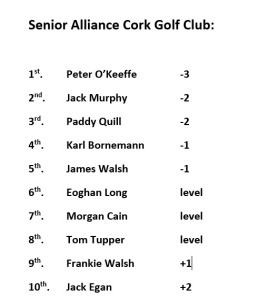 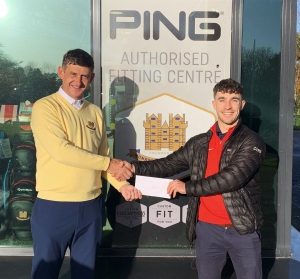 Sean Desmond made the most of home advantage in Monkstown on Saturday, he shot one under in testing conditions to win the second senior cup alliance event.  Desmond produced a great display of golf to finish one under and one shot ahead of the field of over 30 golfers.

Desmond eagled the par four fourth hole and followed that with a birdie on the fifth which was playing really hard in the cold wet conditions.  He did give tow shots back to the course on 6th and 8th, but he played very steady golf on the way back to finish as the only player under par.

Muskerry’s Stephen Riordan finished in second place on level par, he’s just back from the Faldo Series Grand Final in Dubai and the warm weather practice is still paying dividends for him.  Jack Murphy from Douglas took third place with a two over par 60 and Conor McDowell and Robbie Walsh were next best on 61.

This was the second event in the series, James Walsh was the winner on Muskerry last month.  The competition for members of Cork, Douglas, Monkstown and Muskerry was created to keep a competitive aspect for inter-club players through the winter months.  The next event is scheduled for Cork Golf Club on Saturday 3rd December. 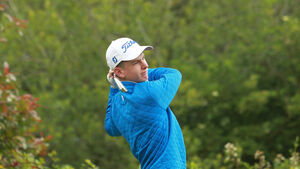 Autumn made its presence felt at the weekend for the first time in many months heavy rain on Friday cause the closure of several golf courses, and the rain on Sunday meant that many courses were much quieter than usual.  Rain didn’t stop play for Cork’s newest competition, on Sunday Muskerry Golf Club hosted the Cork Senior Cup Alliance which saw over 20 golfers compete in an 18 hole singles competition.  The competition for members of Cork, Douglas, Monkstown and Muskerry was created to keep a competitive aspect for inter-club players through the winter months.

This is the first winter alliance to be held in Cork for over a decade and while the first four events are scheduled the organisers are hopeful to extend it to other clubs and two more events and venues.  James Walsh from Douglas what is the winner on Sunday, the 17-year-old what is the only END_OF_DOCUMENT_TOKEN_TO_BE_REPLACED