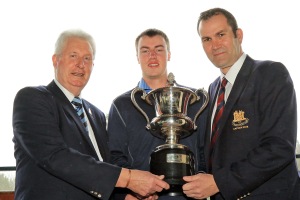 Despite everyone’s hope that the forecasted weather would pass over Cork, the wind and persistent rain forced organisers to abandon play on Day 3 of the Munster Youths at Monkstown Golf Club.

The rain started around 7.30am and it looked like the golf might be completed in the morning.  47 golfers started at 9am sharp but by 10am greens were starting to flood from the heavy rain.  At 10.30 tournament director Sean O’Leary in consultation with the tournament committee and the Monkstown staff had no alternative but to abandon the third round.  The result was declared on the basis of the results of the first 36 holes.  And so the title went END_OF_DOCUMENT_TOKEN_TO_BE_REPLACED

Play will get underway in Monkstown at 8.30am tomorrow morning 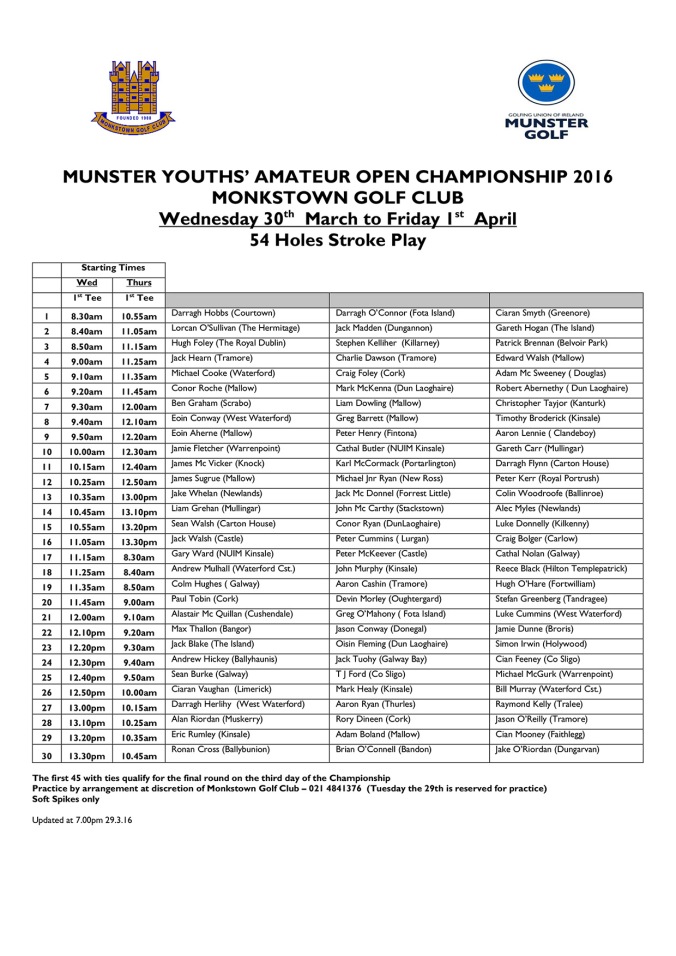