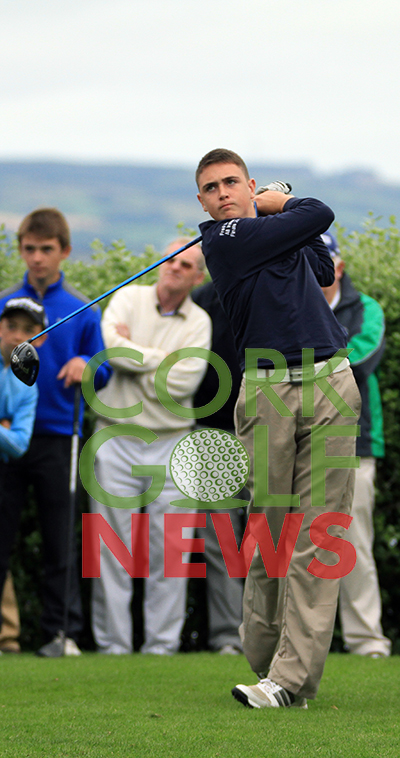 Mallow’s Greg Barrett was named on a strong Munster Boys team this afternoon.  Team Captain Michael Coote named the team after the Munster Boys Amateur Open had finished and three of the top eight made the Munster team.  Barrett has been having a good run of form and his scores of 74,76,78 gave him a top 30 finish this week and kept him in sight of the selectors.  Barrett finished in 5th place at the Leinster Boys recently and hopes will be high that his current form will continue next week in Tullamore as the Munster Boys team will aim to win the inter-provincial title next week.  He was also a member of the Munster Under 16 team last year.

Munster Boys winner John Murphy was an obvious choice for the team, and his Kinsale club-mate Mark Healy also made the team, both retaining their places from last year.  Monkstown Sean Desmond also retained his place, Desmond shot a 66 yesterday and finished in the top ten.  He has also been a key player on the Monkstown team that has reached the Munster Finals of the AIG Senior Cup.  The four Cork golfers are clearly on form as are Andrew Mulhall and Ciaran Vaughan.  Hopes will be high for a good Munster performance in Tullamore.