Cork’s Gary O’Flaherty won his second Lee Valley Scratch Cup in style today with a two shot win over a strong field.  O’Flaherty started the third round one shot off the leaders, Andrew McCormack and Dave O’Donovan, but all three were level going onto the 9th hole.  The conditions were near perfect and things were tight on the back nine until O’Flaherty birdied the 13th and 15th to stretch ahead.  He parred his way home from the 15th, maintaining a two shot buffer.  The only hope for the chasers was when he ended up  in the greenside bunker on the 18th, but the 2012 winner splashed out to five feet and calmly made the uphill putt.  O’Flaherty’s four under par total was made up of a 69/72/21 over the three rounds.  James Sugrue took second place thanks to a final round 70, and Andrew McCormack was third also finishing on 214 strokes for the tournament.

The event was yet again a huge success, thanks to the large team involved in the staging led by Tournament Director Vince Drinan.  Attention now turns to Cork Golf Club as the Little Island links will host the Munster Strokeplay next weekend. 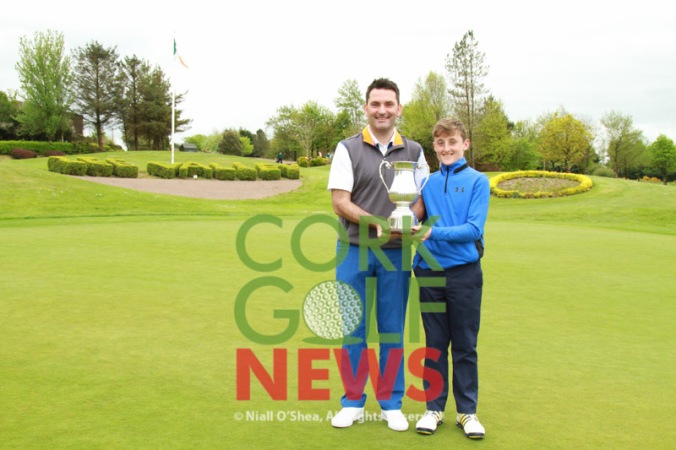