Sara Byne and Claire Coughlan Ryan are in Italy this week representing Great Britain & Ireland in the Junior Vagliano Trophy.  The two day competition gets underway in Golf Club Bogogno tomorrow.  Sara was selected as a player while Claire retained her position as team captain.   Claire was a member of the winning Vagliano Trophy team at Chantilly Golf Club, France, in 2005 and memorably, along with partner Anne Laing, defeated Michele Wie twice in the 2004 Curtis Cup match at Formby Golf Club.

The team enjoyed two official practice days and tomorrow will start the competition.  Tomorrow’s first round consists of  three foursomes in the morning followed by six afternoon singles.  The same format take place on Saturday with a total of 18 points available.

The Junior Vagliano Trophy is a girls’ amateur international match played biennially between Great Britain and Ireland and the Continent of Europe and was first staged in 2011.

Introduced by the LGU and the EGA, the inaugural match between GB&I and the Continent of Europe was played at Royal Porthcawl, Wales.  The junior match, for girls aged 16 and under, is played concurrently with the women’s equivalent.  The Continent of Europe won the inaugural match and have retained the trophy since defeating Great Britain in 2013 and 2015. 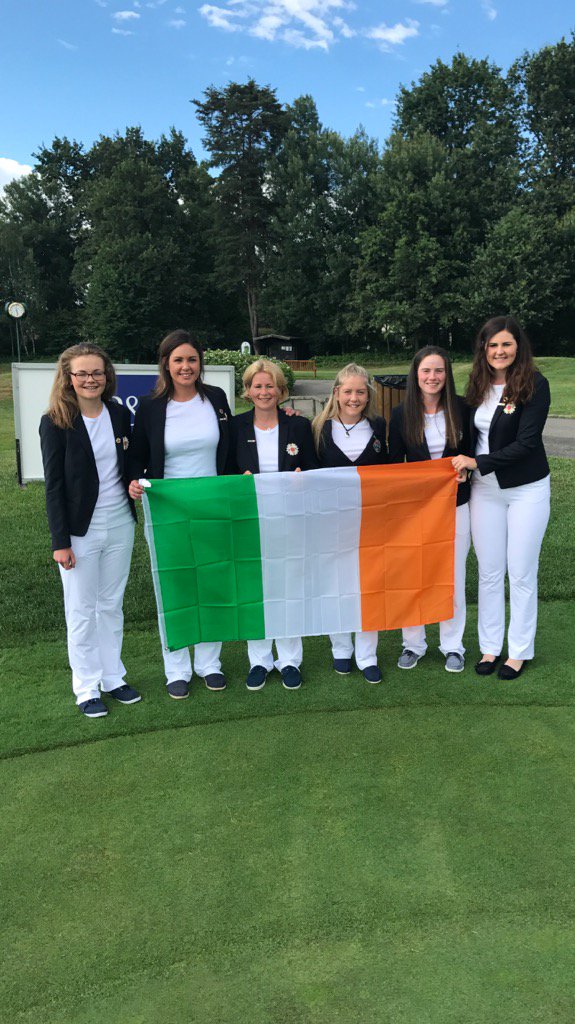