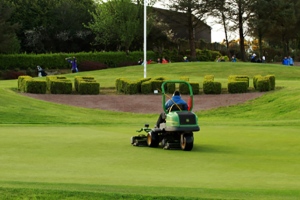 Fancy a trip to the Old Head? Are you playing off 9 or lower?  Are you free any of the next four Thursdays?  If so a new Lee Valley competition might be of interest. Jack Boyd and Paul Keohane have come up with a new weekly competition in Lee Valley that’s aimed at single figure golfers.  Four weekly qualifiers will take place in August, starting on Thursday 3rd August and three golfers will qualify each week for the series final.  The top four golfers from the final will book their place for round of golf in the Old Head in September with the winner on the day claiming the inaugural Old Head Cup.  The best golfer each day, along with the runner-up and best gross will all qualify for the final, and there will also be daily prizes on offer.

The entry fee is a very favourable €25 per person with an attractive reduced rate of €15 for full time students.  The events will be played from the championships tees in Lee Valley and the blue course should be a tough test for even the most accomplished golfers.  The competition came about as Paul and Jack identified a gap in the schedule for single figure golfers, and these are the golfers who are least likely to win an open singles competition.  Jack who works in Lee Valley plays off 5 himself and understands the difficulties of low handicappers competing in open competitions.  The nature of the handicap system means that it’s easier for a mid or high handicapper to beat their handicap by 5-7 shots, than is is for a low handicapper to do the same. 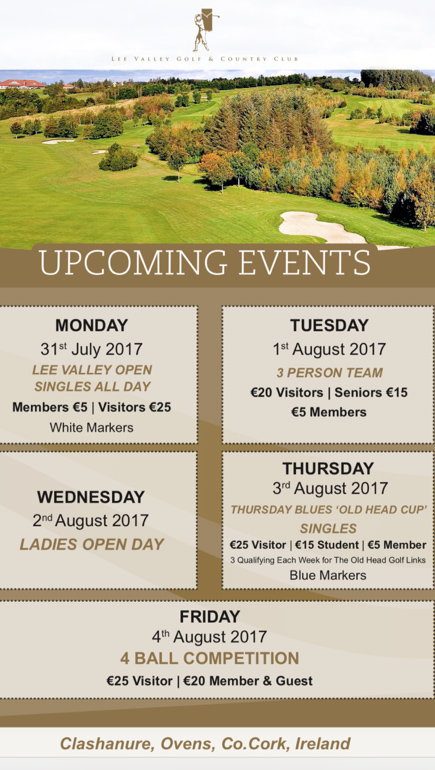 Lee Valley are also running a mini open week next week with events on every day.  Open Singles (White) take place on Monday and there’s a three person team event on Tuesday.  A Ladies Day takes place on Wednesday with the Old Head Cup qualifier taking place on Thursday.   The week finishes off with an open fourball on Friday.