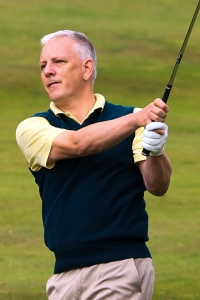 Karl Bornemann was today named in the Irish Seniors team that will take part in the European Seniors Championship next month.  Bornemann, who is also Captain of Douglas Golf Club this year has been on the selectors radar for two years, and his selection is a result of some solid performances over that time.  This year he was 6th in the Irish Seniors Close in Malone and he recorded a top ten finish in the European Seniors Individual Championship in Austria in June.  Last year he took third place in the same event.  Bornemann previously missed out on an Irish cap although he was named as a non travelling reserve for one Irish squad.  The team which will be managed by Mahon’s Sean O’Leary  has three changes to the 2016 team, Bornemann is joined by Eamon Haugh (Castletroy) and John Mitchell (Tramore), with Cork’s Tom Cleary one of the three that missed out.

The team will be taking part in the European Seniors Team Championship which takes place from 5-9 September at PGA Sweden National.