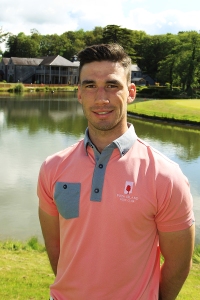 Jack Howard came agonisingly close to a spot in Lahinch this week, the Fota Island golfer was just one shot away from making the Irish Open field.  Playing alongside 130 of Ireland’s top professionals and amateurs in Moy Valley, Howard shot a three under par 69 in his opening round.  Five birdies and two bogies saw him reach the halfway point in fifth place and in with a great shot of claiming one of the four passes to Lahinch.  David Ryan was also in on -3 while Conor Coyne was the next best Cork golfer on level par.  While several golfers completed their first rounds on Sunday morning, the leaders had to wait to start their second rounds.  Although Howard opened with two bogies in Sunday’s second round he recovered before the turn.  A birdie on the 13th and an eagle two on the 15th put him back in a positive position but a bogey on the second last hole meant that he missed out on the playoff by one shot.  A four under total, with two under par rounds is a strong performance, and given the quality of the field Howard’s top ten finish is impressive.  David Ryan carded a second round END_OF_DOCUMENT_TOKEN_TO_BE_REPLACED 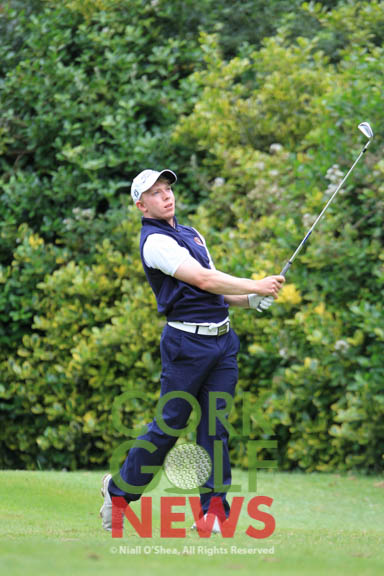 Weather conditions in Lahinch were slightly better today as the opening two rounds of the matchplay got underway.  After two rounds there are still five Cork golfers involved, with two all-Cork clashes set for tomorrow morning.

Kinsale’s Cathal Butler and John Murphy made it through to the third round.  Murphy had a two hole win over his Munster team mate Andrew McCormack this afternoon while Butler won on the 18th against Robert Brazill from Naas.  Butler will face Peter O’Keeffe in the third round, O’Keeffe had wins today over two Limerick members, Owen O’Brien and Sean Poucher to book his place on the last 16.  Gary O’Flaherty will face James Sugrue in the final match tomorrow morning.  O’Flaherty needed all 18 holes this morning to beat Keith Murphy while this afternoon he dispatched Stephen Loftus 5&4.  Sugrue was the last player left on the course this evening and he wrapped up his match with Darragh Coghlan on the 17th.  With eight Cork qualifiers the hopes were high that someone might follow in Mervyn Owens footsteps and claim the prestigious South title.  After today there are still five with a chance.  Gary Ward won this morning but fell to Colm Campbell in the second round match this afternoon.  Two Cork qualifiers lost out in this morning’s first round.  Sean Desmond was handed a tough draw when he was put up against Conor O’Rourke from Naas.  The form book ruled and END_OF_DOCUMENT_TOKEN_TO_BE_REPLACED 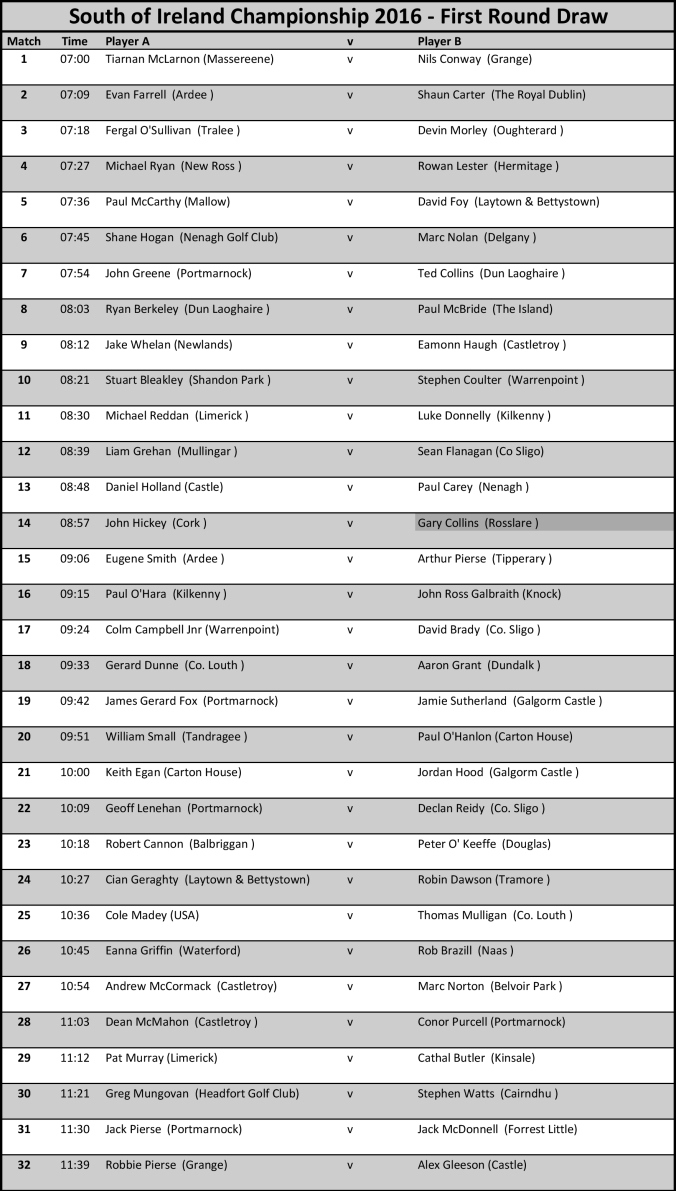 The South of Ireland will be played in a new format in 2015, a 36 hole strokeplay qualifier has been introduced over the opening two days of the competition.  The top 64 will then progress to the matchplay stages.  Ian Slattery, Captain Lahinch Golf Club, said “over recent years it has been very difficult to attract leading national and international amateur golfers to participate in the South due to a very packed and gruelling schedule of competitions around that time.  END_OF_DOCUMENT_TOKEN_TO_BE_REPLACED