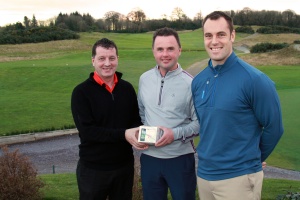 Wayne O’Callaghan bagged his first win of the Munster PGA Winter League this week.  He shot a winning 66 in Castlemartyr on Monday in the fourth event of the Premium Golf Brands Winter League.  The scoring was impressive and the course was in great condition.  Short par 5’s and quick greens helped to set the course up for some low scores and the local pro’s duly obliged with six golfers returning under-par scores.  O’Callaghan opened with a birdie on the first but followed on the par three 4th hole with a bogey.  That was the only blemish on his card as he added three more birdies on the front nine.  More birdies followed on the 12th, 13th and 15th as O’Callaghan came home in 33 to post a winning 6 under par score.  John McHenry and Danny Sugrue kept up their charge for order of merit points and both golfers were tied for second place on 68.  Fourth place went to Davey Barry who shot a four under par 68.  Cian McNamara and David Ruddy were tied for fifth place with a 71. 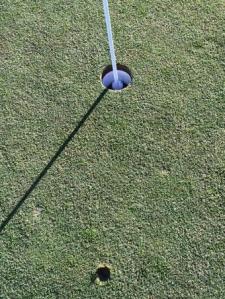 Charleville’s Frank Holly had a hole in one on the 12th hole.  The hole was measuring 148 yards, and Holly hit a pure nine iron over the gully towards the sloped green. Although the ball pitched beyond the pin it spun back to hit the flag on the first bounce and drop into the hole.  At the halfway stage of the league, John McHenry heads the order of merit.  Solid performances from Danny Sugrue has the Killarney man in second place while Monkstown’s Cian McNamara is in third place.  The series will take a month long break over Christmas and the next event takes place in Cork Golf Club on Monday 19th January, and will be sponsored by Gary O’Flaherty from Wilson.  Further events are planned in February and March for Dromoland, Waterville and Monkstown.