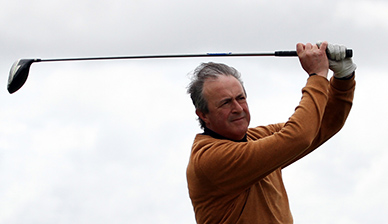 Doneraile’s Michael Quirke leads the Leinster Seniors at Glasson after round one.  Quirke started with a bogey on the first hole and added a second on the fifth, before birdieing the 8th to turn on one over.  He birdied the 10th but added a double on the 14th to go two over.  Two birdies on the  run in saw him finish on level par, sharing the lead with Garth McGimpsey and Val Smith.  In a  crowded leaderboard there are 10 within three shots of the lead, including Tom Cleary who’s in a tie for 6th place on +3.  Peter Cowley is tied for 10th place on +4, and Jerry Crean (Kinsale) is a shot back in 15th place. 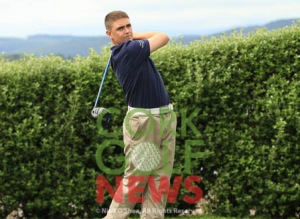 Mallow’s Greg Barrett is in a tie for second place, just two shots off the lead in the Leinster Boys.  Barrett had three birdies and three bogies on his way to the level par 72.  He’s two behind Patrick Brennan from Belvoir Park.  Kineale’s Mark Healy is in 25th position with +4 and Eric Rumley is further back on +8.  The event continues tomorrow in Mullingar GC.