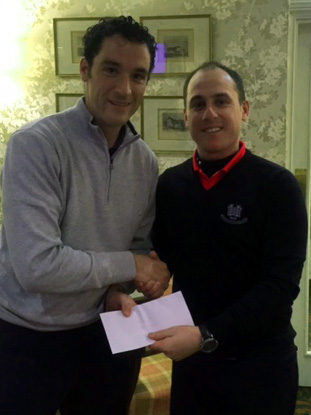 Cian McNamara won on the double today when he won the singles and the pro-am competitions at Dromoland Golf Club.  The Monkstown Professional won by one shot from David Ryan and only two golfers managed to break par.  Gary Howie took third place with level par and Patrick Sheehy was fourth with a 73.  Dan Sugrue, Diarmuid Frazer and David Foley all tied for fifth place

It was McNamara’s first win in the 2016 PGB Winter Series had a steady start but dropped a shot on the long par five 6th.  He struck a purple patch around the turn, knocking in four birdies in five holes.  McNamara birdied the 9th, 10th, 12th & 13th.  Unfortunately he dropped a shot in the 14th but he bagged another birdie on the closing hole.

The next event in the series takes place in Castlemartyr next Monday, the event is a pro-only event.