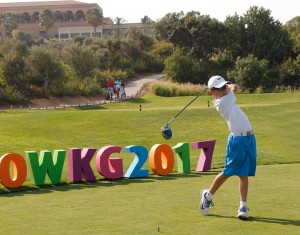 Sean was playing in the world kids golf tournament in Silves Portugal , he played in the under 10 years old section , there was kids from  all over the world, US, UK, Belgium, South Africa, Holland, Russia, Spain & Many from Portugal.  He played three days of 18 hole golf over the 5,700 yards Christy O’Connor Jnr designed course.  His net scores were 50 points first day , 39 points second day and on the final day he was three points behind and needed to play at his best.  His score was 43 on the last day and he just managed the win, he came first place in the net category based on his age and handicap, which was a step up from coming second place last year.  Sean won a gold medal, a watch and golf equipment as the first  prize.  The the biggest hurdle was the 36 degree heat as the rounds of golf on all days took over 5 1/2 hours, Sean and his family took the tournament in as part of their summer holidays, spending  the first week in the Algarve and the last 4 days were spent at the tournament.  The tournament is run by the Portuguese Golf Association and controlled under R&A guidelines as the older kids sections counts as world ranking points, so the quality of kids playing is superb.

Sean plays out of Fota Island Golf Club Academy, he trains and practices with Irish Amateur champion Peter of Keeffe, who has been a great role model for Sean in the last 12 months.  Sean was at the Irish open practice days this year in Portstewart and got to spent some time watching Rory MIlroy, Justin Rose practice behind closed doors.  He was also allowed to walk two holes watching John Rahm as well. 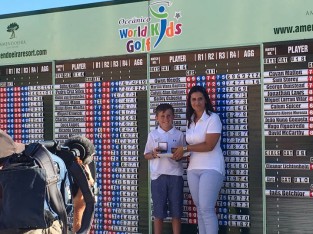 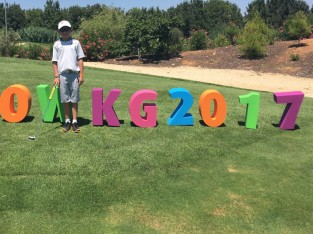 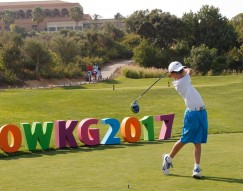 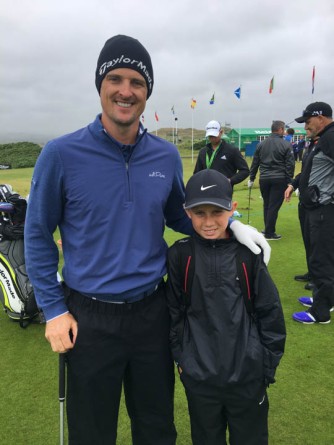