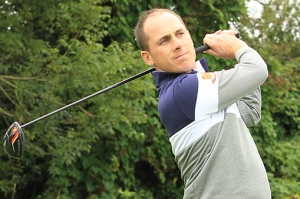 Cian McNamara is just two shots off the lead in the PGA Professional Championship at Little Aston.  The Monkstown man produced rounds of 67 and 69 to reach the halfway stage on -8 and tied for 4th place.  McNamara is on a run of good form and had 13 birdies over the two rounds to put himself in a position to claim the £10,000 top prize.  McNamara has finished in the top ten last year and will be hoping for another decent payday this year.  David Higgins is just outside the top ten on -6 and Headforts Joe Dillon is just one off the lead on -9.

The original field of over 120 golfers has now been reduced to 50 (top 40 plus ties) for the final two rounds.  The third round plash is currently underway and with a majority of the golfers on the course under par it should be an interesting moving day.